Click on the parent name below to see their story. Below each link to a story you can see a small excerpt from that story:
Laurie’s Story – parent of a young adult son

Being transgender is not a choice. Well, duh. Just like being gay is not a choice, it’s the way you’re born. I was stupidly slow in coming to this realization, but it’s blindingly obvious now. Trans people choose how and when to come out, whether it’s at six or sixty; they don’t choose to be trans.

When my son told me he is transgender, and doesn’t like his male body and wants to be a girl, boobs and all and always wanted to be a girl from very young. I racked my brain wondering what I missed when he was growing up that I missed this HUGE thing in his life, (I am still saying he, because I’m talking prior to coming out, but he wants to be called Skyler, we went through a few names but this one now seems to have stuck.).

Laura’s Story – parent of 11 year old that transitioned from male to female. 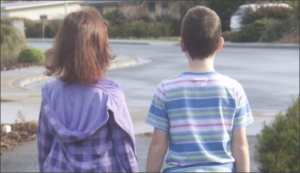 outspoken about her desire to be recognised as a girl. She has always been very clear on who she is and never shy to be her true self. I have a great admiration for her capacity to be honest and open with others about how she sees things.

Including a student who is transgender has not been an issue for our school community. It has been wonderful to see the student this year as she is a much happier person, is becoming more outgoing and taking on leadership roles.

My name is Lisa, I have two children, the youngest being a 19 year old transman….. I had suspected my child was transgender from an early age, the signs were small but enough to concern me. I became more concerned as my child approached puberty, I had the talk, “You know your body is going to change, are you ok with that?”

It was never on my radar that my daughter could be transgender nor that one day when she was in her early 20’s our lives would be turned completely upside down. I cannot remember clearly how my daughter told me he was a boy, or whether he used the word transgender. The panic that I felt at that moment thinking there must be something terribly wrong with my child has wiped some of my memories of that day. But I will never forget the anguish I saw in my sons face. I knew whatever he was struggling with, it was massive.

What I thought then: my child would become a stranger to me. What I now know: my child is exactly the same person – the same funny, adorable, sometimes annoying, messy teenager – and our relationship is as strong as it ever was.

That to be true to yourself you have to be who you are.
This last statement I have learnt from my son, who has the courage, strength, will and tenacity that I hope to emulate through his actions in being who he is, a very proud transman.

My child, Oliver, or Ollie as we mostly call him, is 16-years-old and identifies as a ‘genderqueer’/transgender person. If you’re new to this, bear with me, I’ll explain the terminology as I go on. Suffice to say, for now, that Ollie is a ‘female-to-male’ young trans* person.

A year on – a tween ‘transition’

It has been a year since I gave my 11 year old child my consent to change her name.
I imagine that most parents would think changing the name they chose for their baby would feel like a very big deal, but at the time it was the lesser of the many concerns I was desperately working to wrap my mind around. You see my daughter didn’t just want to change the name that was on her birth certificate. She wanted me to see her as she saw herself, and acknowledge that her gender wasn’t the same as the sex the that she’d been assigned on the first day of her life, and which had been printed in black ink on that same document, ‘MALE’.

I am the single parent of DW Trantham, a 14-year-old male to female transgender activist.
First off, I will tell you that DW was born a girl. She did not at any time like boy’s toys or clothes. I assumed, early on, that her female tendencies meant she was gay. At that time, I was unaware of even the term “transgender”……